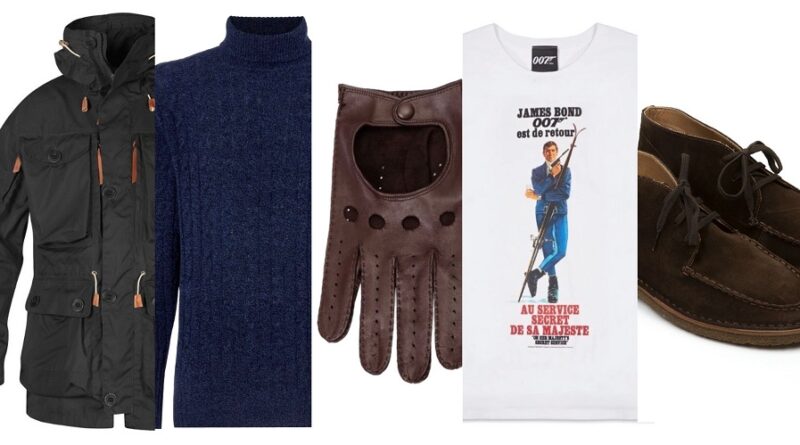 Welcome to the 5 Things I Want August edition! So what’s this post about? Basically it’s my public wish list. A place to share some incredibly cool things that I’ve found during my wanders around the internet searching for affordable alternatives. Five things that made me shout, “I WANT!” as soon as I laid eyes on ’em. They won’t always be Bond-related. But I think they’re definitely worth a look!

A common theme on IA right now is “the colder weather is coming”. And after a blistering hot summer, I’m more than ready to start layering up again. So this month’s “5 Things I Want” is mainly devoted to what I’d like to be wearing when the mercury finally decides to drop.

A Totally Over The Top Jacket …

I came across this beauty when I was looking at jackets for our post on James Bond’s military style. And yes. It is complete and total overkill for 90% of activities I’d wear it for. But I love its “retro mountaineering meets tech ninja” style. Fjällräven has used their proprietary G-1000 Eco fabric for the outershell. The 65% polyester/35% cotton provides plenty of wind protection and water resistance. Which is great. However, what’s more important is how cool I think it would look with a turtleneck sweater, some beaten jeans and Red Wings. I can be shallow sometimes ….

About that turtleneck sweater … 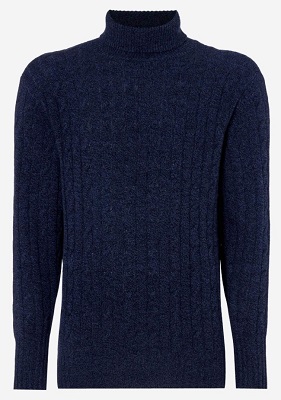 The James Bond SPECTRE turtleneck we all know and love. But in a new shade of marl blue for this fall. And (at least in my eyes), they totally nailed the color. The blend of light and dark blue yarns gives the sweater some depth without making it too dark. Of course it’s made from N.Peal’s famous Mongolian cashmere. Which means it’s probably going to feel like a cotton ball. Even though it wouldn’t be totally screen accurate, I’d be more than happy to use this for the McQueen Bullitt look.

There’s something about Inis Meáin’s pieces that I really enjoy. The Irish company still uses traditional knitting techniques to handcraft its sweaters. But they add a modern twist to their designs that really makes them stand out from your everyday Aran knit. They’re truly a blend of heritage and contemporary. So why the Hurler sweater? First, even though we tend to think of linen as a summer fabric, the fact that it’s lightweight and breathable also makes it great for layering. Second, I think the style is really versatile. I could see myself wearing the Hurler over a t-shirt on warmer days or under a shirt and jacket when things cool down. Lots of possibilities. MatchesFashion has it on sale right now. But sizes are running low.

I could ask for the Jag. But I’ll settle for the gloves. 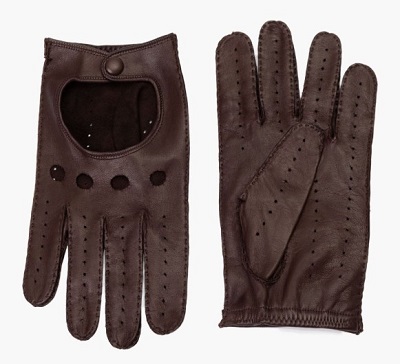 I honestly can’t think of any reason why I’d need these. But I want them anyway. Made in Florence, Italy from one piece of Nappa lambskin, they’re just one of the luxury items it feels good to own. They didn’t make into our post on Steve McQueen fall style. But would the King of Cool’s look really have been complete without some proper driving gloves?

Speculation about some footwear … 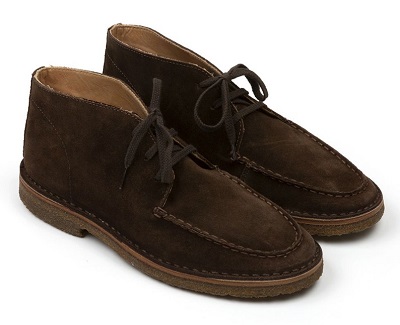 Take a look at the photos below of Daniel Craig’s No Time To Die stunt double* doing the bridge jump stunt in Puglia, Italy. Pay particular attention to the boots. 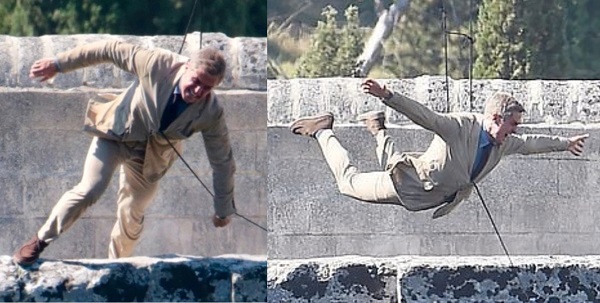 It’s pretty clear that they’re suede moc-toe chukkas. And I said as much on AJB007 when the photos were first published. But forum member crt007 took things further and actually found boots that look to be a very close match: the Drake’s Crosbys. These particular chukkas are made in Italy from premium suede with natural crepe soles. Maybe not ideal when you’re facing a thunderstorm. But great for those cool, sunny days in September and October. Obviously, we can’t say definitively that these are the chukkas Bond’s going to wear in the movie. But if they are, it’s nice to see 007 embracing another British brand. Drake’s has UK sizes 7 to 12 in stock.

*Can anyone confirm if the stunt double in those pics is Jean-Charles Rousseau? 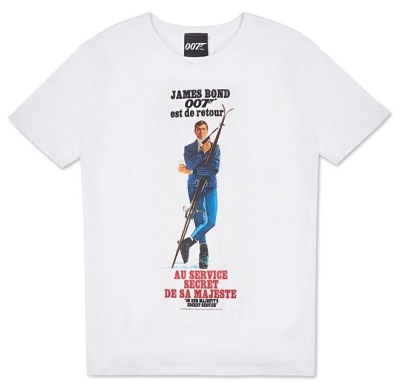 Alright, take my money. It would be easy to accuse the 007 Store of jumping on the “Bond posters on clothes” bandwagon rolled out by Orlebar Brown earlier this year. But, to be fair, they are the official store of the movies. So I think we can give them a pass. The OHMSS print on the shirt above comes from a French poster for the 1969 film. However, it’s just one of four in the collection that are now available for pre-order. The other three are from Roger Moore films. Nothing against Sir Roger, but the Lazenby design is my favorite. 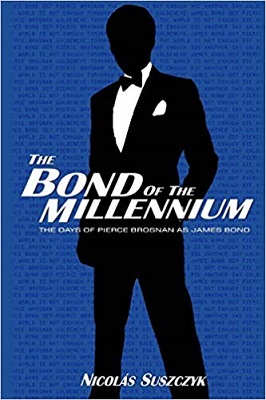 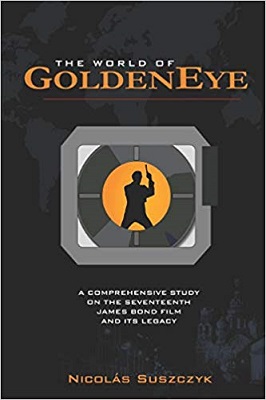 Fall means getting somewhere comfortable for a couple of hours with a single malt and a good book. And for fans of Bond (and especially Brosnan’s interpretation), these two from author Nicolás Suszczyk look to be pretty good reads. The Bond of the Millennium takes a look at the ways Brosnan’s tenure was influenced by late 1990s culture and how his portrayal helped put the franchise back on firm footing. The World of Goldeneye focuses on Brosnan’s debut film and the impact it had beyond the screen, including the hugely successful video game.

Did we miss anything in our 5 Things I Want August edition? Tell us about the cool things on your wish list in the comments! And if you’re looking for more style inspiration, check out Iconic Alternatives on Facebook, Instagram, Twitter and Pinterest!

This is a non-sponsored post. Neither Iconic Alternatives nor the author received any remuneration for the inclusion of the above products and/or services in this post. 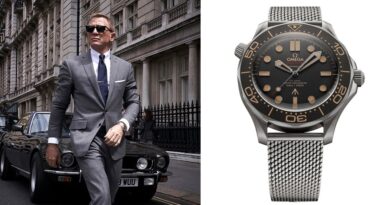 The James Bond No Time To Die Watch 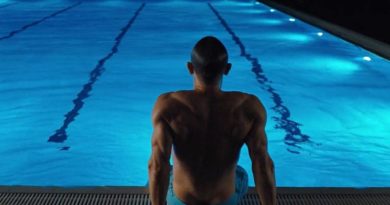 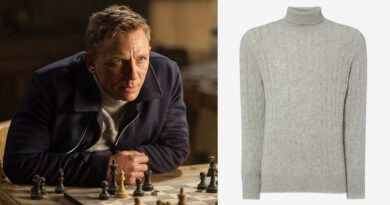 One thought on “5 Things I Want August” 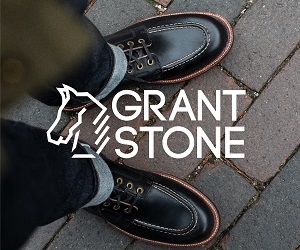 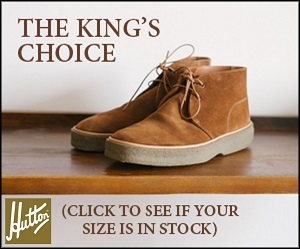 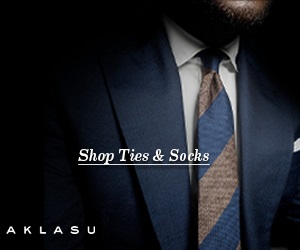 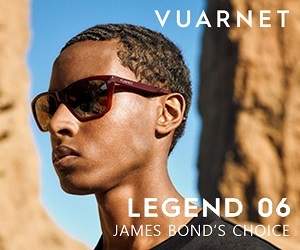 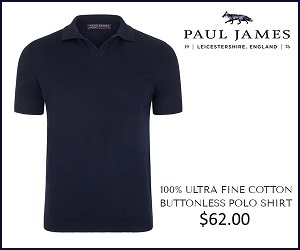